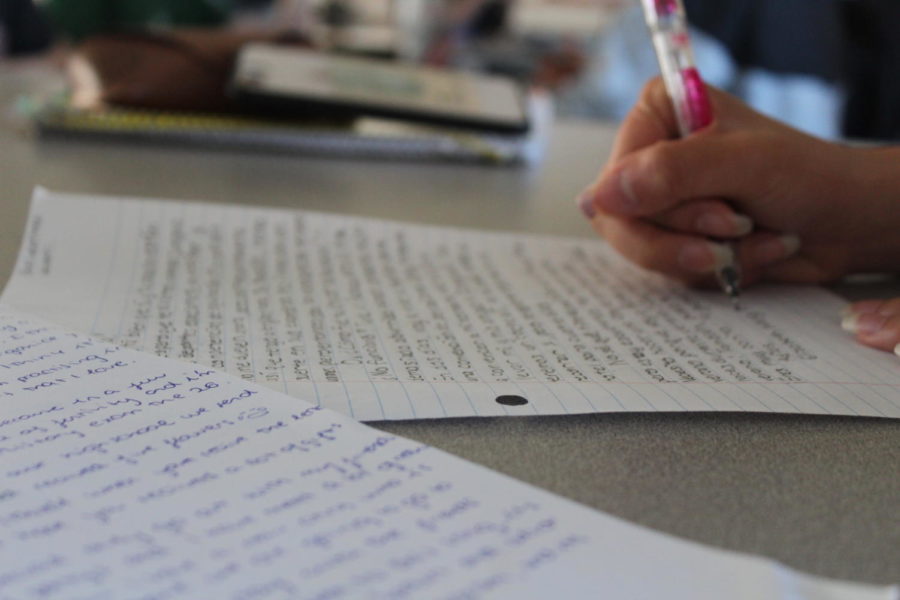 Many students on campus take classes at some point during their high school careers to learn a foreign language. With that, one of the best ways to learn a foreign language is to practice. Students in Kim Fowler’s Spanish two class have been fortunate enough to authentically practice their best Spanish: they have been writing and receiving pen pal letters with high school students in Spain.

Each student in all three of Fowler’s Spanish two classes was matched with a student at IES Castillo del Águila, a small high school outside Toledo, Spain. Our students wrote their letters in Spanish to practice, and their penpals wrote their letters in English to practice theirs. Students from Petaluma and Toldeo began by asking each other about their families, friends, pets, and hobbies, though many excited students later exchanged photographs questionnaires, playlists, and souvenirs from the other country. Sophomore JT Maestri, a student in Fowler’s Spanish class, explained what he liked best about communicating with his penpal.

“I enjoyed ‘meeting’ a person who has an entirely different life than me, but I still had things in common with. Like, our cultures are completely different, but we are both high school students who like sports and do homework and spend time with our friends. I think it was also interesting to see that we’re not the only ones learning a new language. Like, we find English easy because it is our first language, but they are learning it, and it seems like a challenge for them when they write it. And they probably look at our writing in Spanish and think the same thing,” said Maestri. All students wrote three letters during the school year and received three letters back.

Miranda Villamanta Rojas, a student at IES Castillo del Águila and participant in the pen pal letter exchange, explained what she liked best about writing to American students.

“I have enjoyed being in contact with American students because I have been able to know what they think about some topics which some people find difficult to talk about. It has been useful to improve my English level as well,” said Rojas.

Communication did not stop at handwritten notes, though. The students in Toldeo sent numerous videos introducing their penpals to their school and town. They pointed out their favorite places and some of their favorite things to do, which many of the students had already begun to explain in their letters. In response, the Spanish two classes sent videos back, showing the Spaniards their classes, sports teams, favorite places to hang out, and important Sonoma County landmarks, such as Dillon Beach and Helen Putnam Park.

In addition to the letters, students sent copies of The Gaucho Gazette, which many Spaniards read and sent responses to. Mónica Alonso, another student at IES Castillo del Águila, expressed what she liked most about the newspaper.

“I enjoyed reading the opinions and the articles about student rights. It was really interesting and made me discover things I didn’t know about American high schools,” said Alonso.

Even though the school year is coming to a close and students will no longer have the opportunity to send letters through the school, many people have exchanged addresses and social media handles with their pen pals, and plan to continue communication.

Learning a new language can supply all kinds of opportunities, and for students in Fowler’s classes, their Spanish has provided them a chance for a new friend—even if they live over 5,700 miles away.