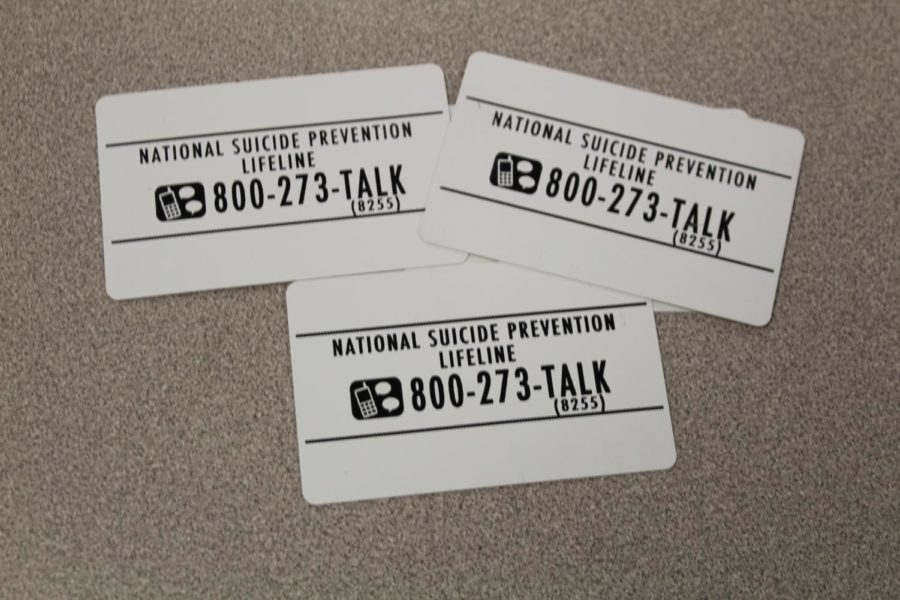 This Gaucho Roundup day was a routine procedure for most upperclassmen. From receiving their schedules to getting their picture taken, the process was mostly the same. However, one tiny little detail surprised many students: the suicide hotline was added to the back of every student’s ID card. Some students did not even notice it at first as one anonymous student explains.

“It was brought to my attention by one of my peers at lunchtime. I had not previously noticed it, though I had already noticed there was writing on the back of the card. I kind of just pocketed the card because I didn’t want to see my ID picture,” said the anonymous student.

Other students, on the other hand, noticed almost immediately, as junior Miranda Martinez describes.

“Yes, I did notice them. It was one of the first things I noticed that wasn’t my picture on the ID card. It really just stood out there,” said Martinez.

When it comes to whether putting the hotline on the back of the cards is effective or not, the anonymous student expresses their concern.

“I think they should tell people it’s on the back and address it so that people are aware. I know quite a few people, and I am one of them, who gets their ID and just puts it in a drawer and never look at it because it makes them feel bad about themselves and most people already know their ID numbers at this point,” said the anonymous student.

Martinez, however, sees the action as a step in the right direction.

“I would say it is maybe working because people would have easier access, because as I said, they [the school] don’t really talk about it so students don’t really know. They have little pamphlets in the clinic or other places, but they don’t talk about it, so if it’s on the back of the card it’s more accessible,” said Martinez.

In response to the uncertainty surrounding the school’s action toward mental health, the anonymous student also gives suggestions as to improvements the school can make in the future.

Martinez also gives ideas as to what the school could improve upon to provide more support to students in the future.

“I guess [the school should] be more open about it [mental health] because I feel like the school is a little bit too afraid to actually talk about it. Maybe bring some people in, specifically people that work with mental health,” said Martinez.

While generally considered a step in the right direction, many students believe there are many more steps that should be taken to aid the students who continue to struggle with mental health. There may be a long way to go, but this simple step will hopefully set the foundation for future actions to come.