New Takes on Classic Traditions: The Day of the Dead Celebration

Even in the midst of widespread uncertainty, many important celebrations are still as vibrant and current as ever, in large part thanks to their strong emphasis on community. At the forefront of these celebrations is the Day of the Dead―or Día de los Muertos in Spanish―typically observed and commemorated across several days towards the beginning of November. 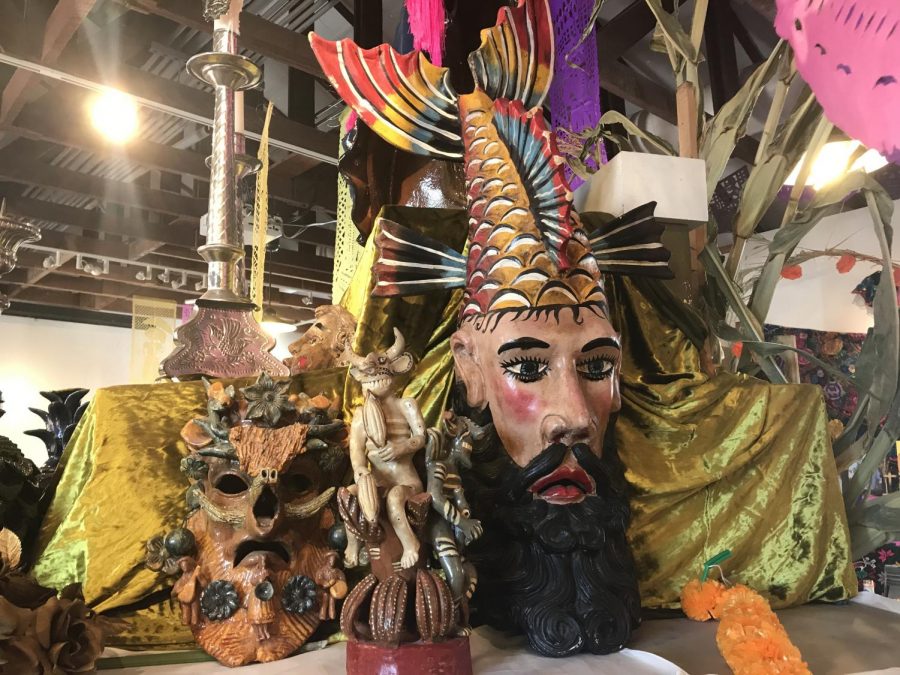 As our local attention shifts to the holiday season and all of its COVID era ramifications, it can be easy to wander into the unknowns of some widely affected celebrations: Halloween, Thanksgiving, and Christmas, for example. But even in the midst of widespread uncertainty, many important celebrations are still as vibrant and current as ever, in large part thanks to their strong emphasis on community. At the forefront of these celebrations is the Day of the Dead―or Día de los Muertos in Spanish―typically observed and commemorated across several days towards the beginning of November. This year, however, events across Sonoma County began popping up much earlier than that, with online events and virtual walkthroughs dominating much of the much anticipated lead up. 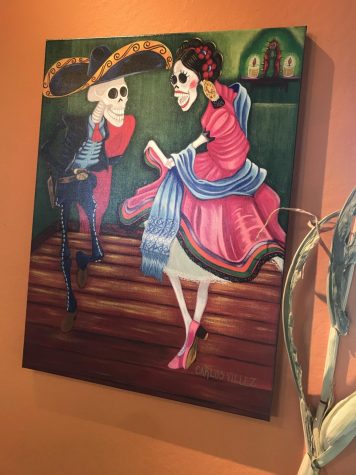 As was expected, there was still a large demand for the liveliness that these days bring to the streets of the county. This call to action was not lost on the ears of a few community members, who immediately set to work on creating beautiful spaces for safe, in-person, and pseudo-traditional methods of celebration to occur. Eric Stanley, Curator of History for the Museum of Sonoma County, spoke highly of his team’s extraordinary efforts to bring some semblance of normalcy to the local community.

“We have a group of people that we work with, regularly, that are specific to Day of the Dead. And so we have a couple artists: Peter Perez, who’s one of our main artists, and Martín [Zúñiga]. Normally we also work with Liz Camino-Byers―she’s fabulous because she has a wonderful collection of materials she’s put together over the years that are kind of the folk art of the classic families that go back several generations in Mexico,” said Stanley.

The exhibit, atypical as it was from previous years, had the added challenge of COVID distancing restrictions. To tackle this, the team shifted to the museum’s sculpture garden, where there was enough space for several large pieces and family altars to spring up. Among these pieces were timely additions, including an enormous COVID mask sculpture, and the garden’s fixture “Peace Tree” by local artist Mario Uribe, which was converted into a Day of the Dead themed piece.

Stanley comments on the creativity of his artists.

“We had another artist who was not a regular participant but he participated this year: he did a more traditional piece that was kind of a giant portal, or doorway. And that had niches in it, so that people from the community can make kind of mini altars. So it looked like this huge, twelve-foot-tall giant doorway, and it was kind of flanked by the Quetzalcoatl, an Aztec god and serpent that was along the side” said Stanley.

Other efforts to liven up the times came out of the Petaluma Arts Center, where, under the leadership of Israel Escudero, Margo Gallagher, and Abraham Solar, an array of altars and familial tributes came together within a matter of days.

The Petaluma event, typically held on a much larger scale with various processions and festival activities, was limited to a single exhibit showcase and reduced afternoon hours. Luckily, their space was large enough, with its tall ceilings and several well-ventilated openings, to accommodate a steady stream of people wishing to leave a message or observe the Day of the Dead community’s creations. The exhibit itself was filled with elegant altars, intricate sculptures and carvings, and loads of colorful, festive decorations. Event co-organizer Margo Gallagher shares her motivation behind this year’s creations:

“I keep saying, ‘I feel like life is so much more colorless,’” said Gallagher. “I’m glad we were able to help change that.”

Even so, the pandemic hit especially hard for many, adding to the grieving and loss typical of the celebration. Even so, Escudero views the situation through the optimistic lens that the Day of the Dead provides.

“It really is a beautiful thing, and for so many people it is still fresh, still raw,” said Escudero, “but it is definitely a celebration of life.”

Even as the cleanup commenced at the Petaluma exhibit, Gallagher and Escudero continued to welcome in a trickle of onlookers to see the stand-alone awe that the community built altars frequently inspire. Likewise, the Museum of Sonoma County’s work carried on well after the nationally observed window:

“We’re doing a lot of virtual programming and all of that; it’s forcing us to adapt,” said Stanley, in reference to the Sonoma County Museum’s agenda. “So that’s going to be a valuable thing―to put on the most positive spin, right? It makes you adapt, you learn some new things, and maybe we keep some of those things going forward.”

Going forward happily seems to be the overarching theme of the Day of the Dead: those who observe it do so respectfully as they build towards closure, all while maintaining a degree of joyfulness that results from the overwhelming sense of family and community. The typical liveliness of the celebration truly shines through, perhaps even more so than in the past thanks to recent efforts to rekindle the hope and blissfulness of the season.