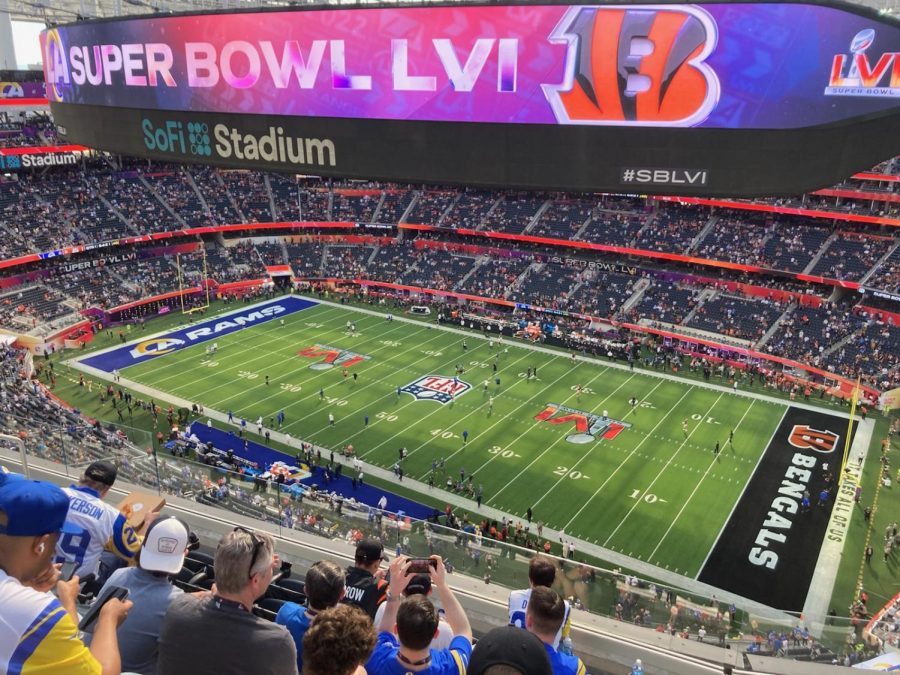 Over 112 million viewers from all over the world tuned in to watch Superbowl LVI on February 13, 2022. The game featured a down-to-the-wire showdown between the Cincinnati Bengals, representing the AFC, and the Los Angeles Rams, representing the NFC. Prior to this postseason, the Bengals had not won a playoff game since 1990. Coming off a 30-year drought and consecutive years of horrid play, Cincinnati shocked the world when they made the playoffs and knocked off the Raiders, Titans, and the power-house Chiefs en route to a Superbowl appearance.

The Los Angeles Rams, notorious for their pre and mid-season acquisitions, entered the playoffs as the 4th NFC seed before defeating the Cardinals, the reigning champions in the Buccaneers, and the gritty 49ers. The Rams entered the Superbowl 4.5 point favorites over the Bengals and would wind up winning by a score of 23-20.

It did not take very long for many viewers, fans, and even celebrities to start questioning the legitimacy of the game, however.

The Rams started the game on offense but were quickly shut down, gaining a grand total of one yard on their first possession, thanks to a sack by Bengals Pro Bowl defensive end Trey Hendrickson. The Bengals would wind up getting shut down on their first possession too, which marked nine straight Superbowls in which neither team has scored on their opening drive. The first score of the game came on a crucial third down, with 6:22 left in the first quarter, Matthew Stafford threw a 17-yard touchdown strike to Odell Beckjam Jr.

The next two drives were punts for the Bengals and the Rams, but Cincinnati soon struck back. With 1:32 left in the first quarter, Bengals quarterback Joe Burrow delivered a 46-yard strike to Jamar Chase, a connection that has been strong all season long. The Rams shut down the next two plays, bringing up a third down and 10 at the 11-yard line for the Bengals. The Bengals ran a pass play intended for wide receiver Tee Higgins, who was open across the middle of the field. Rams cornerback Jalen Ramsey appeared to have tugged and held on Higgins’s jersey, preventing him from getting to the ball, but was not called for a penalty, marking the first controversial no-call in the game. The Bengals would miss out on four points, having to settle for a field goal.

The second quarter lacked controversy, with no big penalties on either side.

Coming out of the half, the Bengals scored a 75-yard touchdown on the very first play. However, fans were quick to point out a pretty blatant facemask and offensive pass interference on wide receiver Tee Higgins, in which he seemingly threw Rams cornerback Jalen Ramsey to the ground. Some fans said that the no-call was to even out the missed holding on Ramsey late in the first quarter (mentioned above), while others complained that this missed call gifted the Bengals seven points. Either way, it was a very poor no-call that completely affected the momentum of the game, and would go on to be discussed weeks later.

Fast forward to the end of the fourth quarter, and the Bengals are up 20-16, with less than two minutes to go in the game. The Rams are marching down the field, and have to convert a crucial third and goal from the Cincinnati eight yard line. Settling for a field goal would do the Rams no good, as they would still be down one point. It’s important to note that up until this point in the game, the officials had only called four combined penalties, and have let some obvious ones go, so that the “players can play”.

The Rams’ hopes of claiming the Lombardi trophy were clinging to their final two downs. Third and goal, and hoping to get into the endzone, the Rams entire offensive line began to move before the center had snapped the ball. This infraction is labeled a false start, and results in a five yard penalty. With only two downs to work with, the Rams could not afford to add five yards between themselves and the endzone. Luckily for the Rams, the officials, somehow, were oblivious to their illegal pre-snap motion, and the play continued.

During the same play of the missed false start call, Bengals’ Linebacker Logan Wilson, was called for a questionable penalty. Some fans labeled it a “phantom call”, a popular term given to penalty flags where there was very little actual wrongdoing in the play.

Stafford, feeling the pressure in the pocket, slinged the football to his favorite target, Cooper Kupp. Wilson, being ready for the pass, lunged in front of Kupp and knocked the ball to the ground. Wilson had played textbook defense, and it looked like the Rams were down to their last play. The officials saw something completely different, however, and a flag was thrown immediately after the incompletion. They came to the conclusion that Wilson had been holding Kupp prior to breaking up the pass. Slow motion review of the play does show Wilson putting his hands on Kupp’s back, but it neglects to show Wilson holding Kupp. To make such a momentous call, in the biggest game of the year, and at the most critical point of the game; it was a mistake to deploy the flag with minimal contact between Wilson and Kupp. Additionally, the officials had been swallowing their whistles all game long. Why now just start to call penalties? And ones that shouldn’t even be called, at that. The poor timing of such a critical, soft call definitely raised some fans’ suspicions about the legitimacy of the game.

The holding call on Wilson dramatically changed the outlook of the game. Instead of the Rams facing fourth-and-goal with the Super Bowl on the line, the Rams were given four yards, and were now four yards away from taking the lead with 1:44 to go in the game. Not to mention, they had a fresh set of downs. With one call, the Rams had gone from their Super Bowl hopes hanging by a thread, to four chances at traveling a manageable four yards. The next two plays were consecutive penalties on the Bengals, again, controversial calls, which gifted the Rams even more opportunity. The Rams, from the one-yard line, scored on the very next play, making the score 23-20, and the game looked to be over. The Bengals, having under two minutes to work with, could not find a way to get into field goal range, and the Rams were triumphant, partially due to the slew of penalties they benefited from in the last moments of the game.

Los Angeles had gotten what they wanted. The evening began with Dwayne Johnson rallying the crowd, which was predominantly Rams faithful. Then, the halftime show of locally-raised rappers displayed the star power of Southern California. Among the audience were an abundance of celebrities, such as LeBron, Jennifer Lopez, and Jay-Z. SoFi stadium had seemingly captured some Los Angeles Disney magic, and nobody, including the NFL and the officials, wanted to deprive the Rams of a Hollywood ending. We’ll leave you with this thought: Would it have been more beneficial to the NFL to have a team from Cincinnati, Ohio win the biggest game, on the biggest stage, in the Rams brand new stadium? Or, would the NFL be better off having the hometown hero team win in the media-packed city that is Los Angeles?